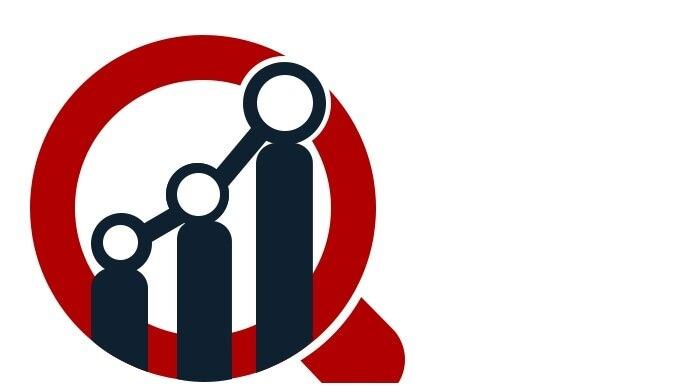 According to Market Research Future (MRFR), the global augmented reality and virtual reality market is projected to reach USD 766 billion, registering a 73.7% CAGR from 2020 to 2027 (forecast period). The report outlines the strengths, opportunities, challenges, and future business risks and offers an accurate analysis of the global market situation with the influence of COVID-19.

Augmented reality and virtual reality are immersive technologies that visualize a virtual environment using either a device or a surface/platform. Virtual reality software is used to create an artificial environment and is shown to the user to make the user believe and experience as a real environment. Virtual reality is experienced primarily through vision and audio. In addition, virtual reality replicates a realistic scenario in front of the user so that he can explore multiple environments just by sitting in one place. Virtual reality uses a mix of hardware and software components to mimic any scenario and transform it into a three-dimensional scene. Hardware components of virtual reality include a head-mounted display and gloves that can connect with the computer. The gestures and movements of the hands and eyes of the person provide a stimulus to the system, which in turn reacts to the virtual world. This technology is truly immersive, as it withdraws the person from the real world and gives him the experience of a virtual world. Virtual reality can be used effectively for training purposes, as it is important to train amateurs in real-life environments. The applications of virtual reality can be seen in military, medical, manufacturing, education, visualization, entertainment and games, robotics, marketing, navigation and path planning, tourism, geospatial and urban planning, and civil engineering.

Augmented reality is the convergence of digital information with the user environment in real-time and the use of the current environment to add new information at the top. Augmented reality blends the physical world with the virtual world using software or software-defined kit (SDK) platforms. This technology is partly immersive, which means that the user can experience both the real world and the augmented world simultaneously. With the support of smartphones and tablets, users can travel around any environment, combining the real world with the augmented world. The applications of augmented reality can be seen in vertical industries such as retail, e-commerce, manufacturing, education and training, automotive, travel, and tourism. The increasing adoption of consumer electronic devices and smartphones to embrace high-end graphics encourages augmented reality and virtual reality software developers to create innovative AR / VR solutions.

360-degree virtual reality is an audio-visual simulation of a changed and substituted or augmented environment that allows the user to look around in all directions. 360-degree virtual reality can be used for a variety of purposes other than entertainment. This technology is often used for training, including pilot and driver training, physical environment, space studies, underwater exploration, and surgery. Real-time, pre-rendered computer graphics (CGI) and real-time rendered 3D games are the forms of 360-degree VR systems. With the support of the EYE VR camera, a user can stream live a 360-degree video directly to the VR headsets of the user. This EYE VR camera comprises 42 cameras, 24 microphones, three-axis 3D video, 225-megapixel resolution, 4-hour battery life, and 360-degree capture range. The 360 VR camera can be used for sports, music, and filmmaking. Virtual reality provides a range of services for streaming live sports events.

Get a Free Sample @ https://www.marketresearchfuture.com/sample_request/6884

The global market for augmented reality and virtual reality is segmented into technology, component, device type, and vertical.

The regional analysis of the global augmented reality and virtual reality market has been studied for North America, Europe, Asia Pacific (APAC), and the rest of the world (the Middle East & Africa and South America).

North America currently owns the largest market share in the AR / VR market due to the involvement of key market players and rising investors in AR / VR technology. Retail firms in the United States, Canada, and Mexico are adopting AR devices for the visual merchandising of their products. Owing to their demand in the defense industry for simulation-based training in the area that drives the market growth in North America, the need for head-mounted displays is growing. Europe was the second-largest market share due to the growing acceptance of AR / VR technology in the media & entertainment market for play-station and mobile games. The market also generates substantial revenue from increasing virtual reality adoption and augmented reality solutions in countries like the United Kingdom, Italy, Norway, Germany, France, Spain, Sweden, the Netherlands, Austria, and other European countries.

The Asia Pacific accounted for the third-largest market share and is projected to experience the fastest growth in the immediate future owing to the adoption of augmented reality and virtual reality technologies for 3D animation, 3D modeling, and virtualization by several industry verticals. Market development is expected to gain traction in countries like China, Japan, India, South Korea, Australia, Singapore, and other Asian countries. The Middle East & Africa and South America region are expected to achieve substantial market growth by growing demand for AR/VR technology and investment by key players to provide augmented reality and virtual reality solutions to small and medium-sized enterprises in the healthcare, retail and e-commerce sectors.