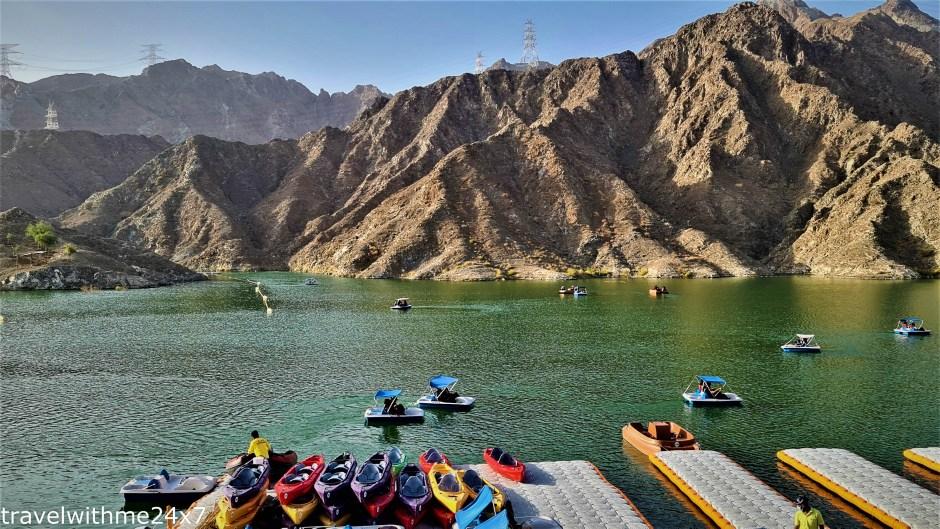 According to historians, in 1580, a Venetian jeweler, Gasparo Balbi, included "Chorf" (possibly Khor Fakkan) among the place names on the east coast of the United Arab Emirates. Later, the Portuguese built a fort at Khor Fakkan. However, it was destroyed by invaders in 1666.

This fort and another were mentioned as "Gorfacan", a place in a small bay near the beach, with about 200 small houses built of date branches, in the logbook of the Dutch ship "Meerkat". It is known as a triangular Portuguese fortress on the north side it was left in ruins. A fortress on a hill on the south side with no platoon or artillery also collapsed. Meerkat's record clearly indicates date palm, as well as fig trees, melons, watermelons and myrrh. He also mentions many wells with specialized "good and sweet water" for irrigation purposes.

In 1737 the Persians invaded Khor Fakkan during their intervention in the civil war in Oman and expelled the Portuguese with the help of the Dutch. According to German traveler Carsten Niebuhr, Khor Fakkan belonged to a sheikh of the Qawasim, the ruling family of Sharjah.

Khor Fakkan is known for its extensive history of human settlement. Recently, a team of researchers from the Sharjah Archaeological Museum identified 34 tombs and one settlement belonging to the early and mid-2nd millennium BC. It looks like a port gathered on rocky outcrops.

The Rifaisa Dam in the Khor Fakkan Mountains is one of the main tourist attractions. It is believed to have been established above a city. You can even see the roofs of old houses when the water is calm.

Pick up and return to your hotel/residence.

Visit of the river places

Sharing is not available!

(Duration of the visit: approximately 8 hours)

Please log in to like, share and comment!
Sponsored
Categories
Read More
Games
Corporate Team Building Activities For a Successful Company
The Mileage Global Company is one of the best Team Building Activities in India...
By Mileage Global 2022-02-28 12:52:53 0 24
Other
Power Plant Decommissioning Market foreseen to grow exponentially over 2020-2030
Power Plant Decommissioning: Introduction Power plant decommissioning is the process of...
By Snehal Kasat 2022-02-07 09:21:52 0 32
Home
SVG Files | Premium & Free SVG Cut Files | Thecreativen
TheCreativen allows you to buy beautiful SVG cut files, the perfect choice to get SVG files...
By Seomypassion12 Seomypassion12 2021-11-09 06:11:45 0 69
Other
Viscosity Index Improvers Market For Automotive To Reach A Value Of ~US$ 3.3 Bn By 2027
Global Viscosity Index Improvers Market for Automotive: Key Highlights The...
By Smita Kkk 2022-01-11 12:04:27 0 31
Other
Advanced Mipi Tester For The Smartphone Industry
ElevATE provides MIPI tester equipment to meet the futuristic requirements of the mobile...
By Elevate Semiconductor 2021-11-25 04:42:23 0 76