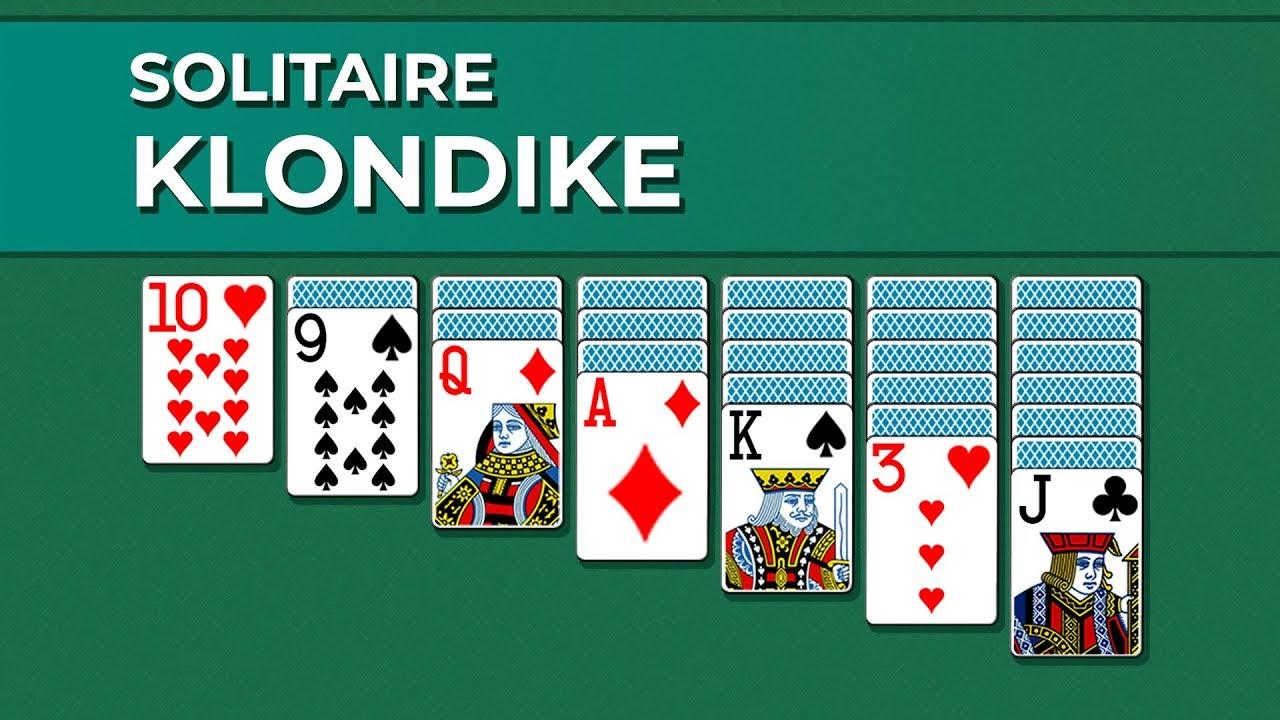 Klondike solitaire uses one deck (52 cards). Twenty-eight cards are dealt from the deck into the 7 tableau piles with the number of cards per pile increasing from one to seven from left to right. The top card is face up, the rest face down.

Object of the Game

How to play Klondike Solitaire game

Top cards of tableau piles and waste pile are available to play.

As the game of klondike solitaire proceeds, the 7 tableau stacks on the bottom are used only as an intermediate holding place for eventual build-up of 4 foundation piles. Cards in tableau stacks can be placed in descending order, alternating between red and black suits. To build your stacks, you may either draw a card from the "waste pile" or move an existing stack of cards. Spaces (empty tableau stacks) may be filled only with a King or a King-sequence.

When you have made all the available plays on the board, begin turning over cards from stock. 3 cards at a time are turned over from the Stock by default (some soitaire tournaments set 1 card at time rule). You can move cards from stock pile to the tableau piles and to the foundations according to the rules mentioned above.
After going through all of the cards in the stock, you can go through it again however, there is a point penalty for this action.