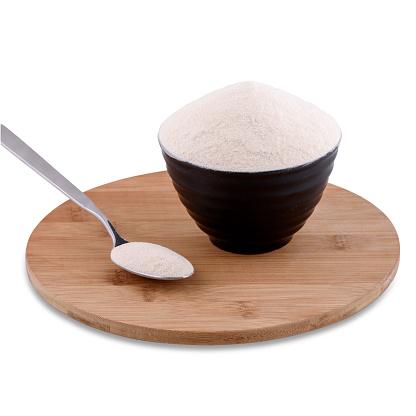 According to Market Research Future (MRFR), the global bleaching agents market is projected to expand significantly from 2017 to 2023(forecast period) due to the growing use of bleaching agents in the food and beverage sector for better texture and appearance.

Bleaching agents induce chemical reactions in food, including oxidation and reduction, to degrade food colour. The most widely used bleaching agents are hydrogen peroxide and sodium perborate used in food industries. Commercial bakeries typically use azodicarbonamide to bleach flour which makes flour whiter. In addition, bleaching agents also alter the structure of the dough, reinforce the gluten fiber and add elasticity to the dough. USFDA (Food & Drug Administration) acknowledges bleaching agents as GRAS (Generally Recognised as Safe) and permits bleaching agents in baked goods and flour up to a maximum of 45 parts per million. The market for bleaching agents is expected to expand moderately during the forecast period due to the demand for rapid preparation of food items and enhanced food products with improved appearance and texture.

The global bleaching agents industry has been segmented into type and application.

Based on type, the market has been segmented into azodicarbonamide, hydrogen peroxide, ascorbic acid, acetone peroxide, chlorine dioxide, and others.

The hydrogen peroxide segment is expected to hold the largest share of the global market for bleaching agents in terms of value. In the food and beverage processing industry, it is widely used as a peroxygen agent in products such as flour, baking foods, natural sugars, natural oils, waxes, gums and starches. The US Food and Drug Administration (FDA) has affirmed the widely accepted health status of hydrogen peroxide as a direct ingredient used in food products. Hydrogen peroxide primarily bleaches and purifies food products, which in effect helps to enhance the quality of food products.

Based on application, the market has been segmented into dairy, bakery, convenience food, and others.

Flour in bakery segment is accounted for the largest share of the global demand for bleaching agents in 2017. Bleaching agents are used for the whitening of flour, because freshly milled flour has a slightly yellowish appearance because it contains carotenoids. In addition, bleaching oxidizes the surface of the flour and increases its capacity for gluten production. Bleaching of flour helps in the weakening of proteins and in the maturation of flour for a shorter period of time, making it essential for flour producers. Some of the most popular flour bleaching agents are hydrogen peroxide, benzoyl peroxide, and chlorine dioxide.

Regionally, the global bleaching agents market has been segmented into North America, Europe, the Asia Pacific, South America, and The Middle East & Africa.

Europe is seen to produce most of the revenue for the bleaching agents industry due to the high consumption of bread and bread products requiring high use of flour bleaching agents. Consumers in the area are heading towards better and safer eating habits. Bakers in this area use bleaching agents for their rapid food processing properties to meet the increasing demand for baked product consumption.

The Asia Pacific is expected to be the fastest-growing market for food bleaching agents. China, India, Japan and Australia are among the major countries with growth potential in this market. Because of lower prices in the region, the evolving economies studied in the Asia Pacific region are experiencing a significant demand for flour used in various food applications and the baking industry. In addition, conventional at-home meals are increasingly being replaced by on-the-go breakfast snacks and meals due to the rising urban population, higher disposable incomes and changing lifestyles of the people in the region.

Please log in to like, share and comment!
Sponsored
Categories
Read More
Games
FIFA 22 - Guide of completing FUT Signature Signings Baku's objectives
If you are a Ridle Baku fan, you must not miss the newly added rewards in the FIFA 22 Ultimate...
By Millson Adam 2021-12-08 10:32:32 0 53
Other
The Digital Agency in Pune provide all digital services
The Digital Marketing Company in Pune we provide all Digital Marketing Services in Pune We...
By Leads Digitaly 2021-10-13 11:34:46 0 60
Health
Transdermal Drug Delivery Systems Market Opportunities, Drivers, Manufacturers, Analysis and Forecasts Till 2027
Transdermal Drug Delivery Systems Market Overview: Transdermal Drug Delivery Systems (TDDS) are...
By Diksha Pote 2021-11-24 09:24:57 0 68
Other
Xanthate Market – New Innovations, Research and Growth Factor till 2031
Xanthate Market: Introduction Transparency Market Research delivers key insights on the...
By Anjali Honrao 2021-12-01 08:32:32 0 46
Health
Medical Marijuana Market Top 7 Key Players Revenue, Share, Demand and Forecasts Till 2027
Market Overview The global medical marijuana market will grow at a CAGR of 34% during the...
By Diksha Pote 2021-11-24 10:37:27 0 50