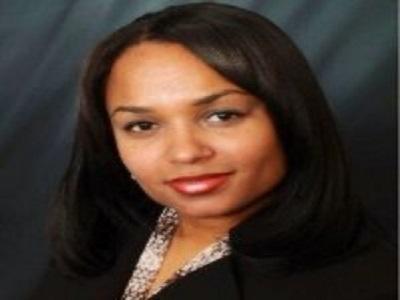 Joshua Anthony Brown Skogg was born in San Bernardino, California on September 6, 1992 to Chamicka Pollock and Lupe Brown. Due to some unfortunate family circumstances, Joshua moved to San Antonio when he was 4 years old and entered the Texas Foster Care System. In July 2001 Joshua was adopted by Robin and Timothy Skogg at 8 years old.

Joshua was an enormous blessing to the Skogg family where he became a big brother to Audrey, age 4, and Nicholas, age 6. Joshua also became a younger brother to Ashley, age 10, and Porsche, age 18. Joshua was an active and happy child always playing with his younger siblings, engaging in basketball and football, and attending as many church activities as possible. Joshua had the most incredible giving heart always volunteering to help the people around him including doing his siblings’ chores! Every week Joshua would wait until Sunday morning to put all his allowance in the offering plate. Joshua attended Locke Hill Elementary School, Ewing Christian Academy, River City Christian School, and Clarke High School where he graduated in 2011.

Joshua was an avid athlete with a great passion for basketball and football. His true love was being part of the River City Christian School football team where he earned the award for Most Valuable Player in their championship game. After graduating high school Joshua worked many jobs in the food service industry, lawn service, construction, and finally auto repair.

Joshua loved his family and his Lord and Savior above all. Joshua knew no stranger. He will be remembered by his family and friends as a warrior for Christ with a servant’s heart.

Joshua’s celebration of life will be on Friday October, 29 at 9:30am at Castle Ridge Mortuary North, 10901 W Loop 1604 N San Antonio, TX 78254. To view the live stream, please click on "Watch Video" listed below with the service date and time.

In lieu of flowers you are welcome to make a donation to River City Christian School or mail donations to RCCS, 5810 Blanco Road, San Antonio, Texas 78216. Thank you so much Chamicka Pollock for celebrating Joshua Anthony Brown Skogg’s life with his family and friends.

Please log in to like, share and comment!
Sponsored
Categories
Read More
Other
High Strength Aluminum Alloys Market to receive overwhelming hike in Revenues by 2027
High Strength Aluminum Alloys Market: Overview The global high strength aluminum alloys...
By Snehal Kasat 2021-11-09 09:04:03 0 47
Other
Segmentation Analysis of Quality Management System Market – Discover Trends, Market Dynamics with Forecast Year
The global quality management system market is expected to witness robust growth during the...
By Meera Singh 2022-02-24 11:20:30 0 41
Networking
Mineral Oil Market 2020 – 2027: By Application, Product and Region.
Maximize Market Research's latest report, " Global Mineral Oil Market Global Demand Analysis and...
By Akash Pingale 2021-09-14 06:13:37 0 94
Other
cloudy |Must read this before watch Enter the Dragon
Cinema is a great way to discover good things beyond the beauty of life and the unimaginable...
By Sandip Singh 2022-04-28 09:27:51 0 33
Other
8 Stages of UX Design Process
The UX Design Process Has Eight Steps  Stage 1: What the project is and what it will...
By Pixel Studios 2022-09-22 07:18:08 0 1