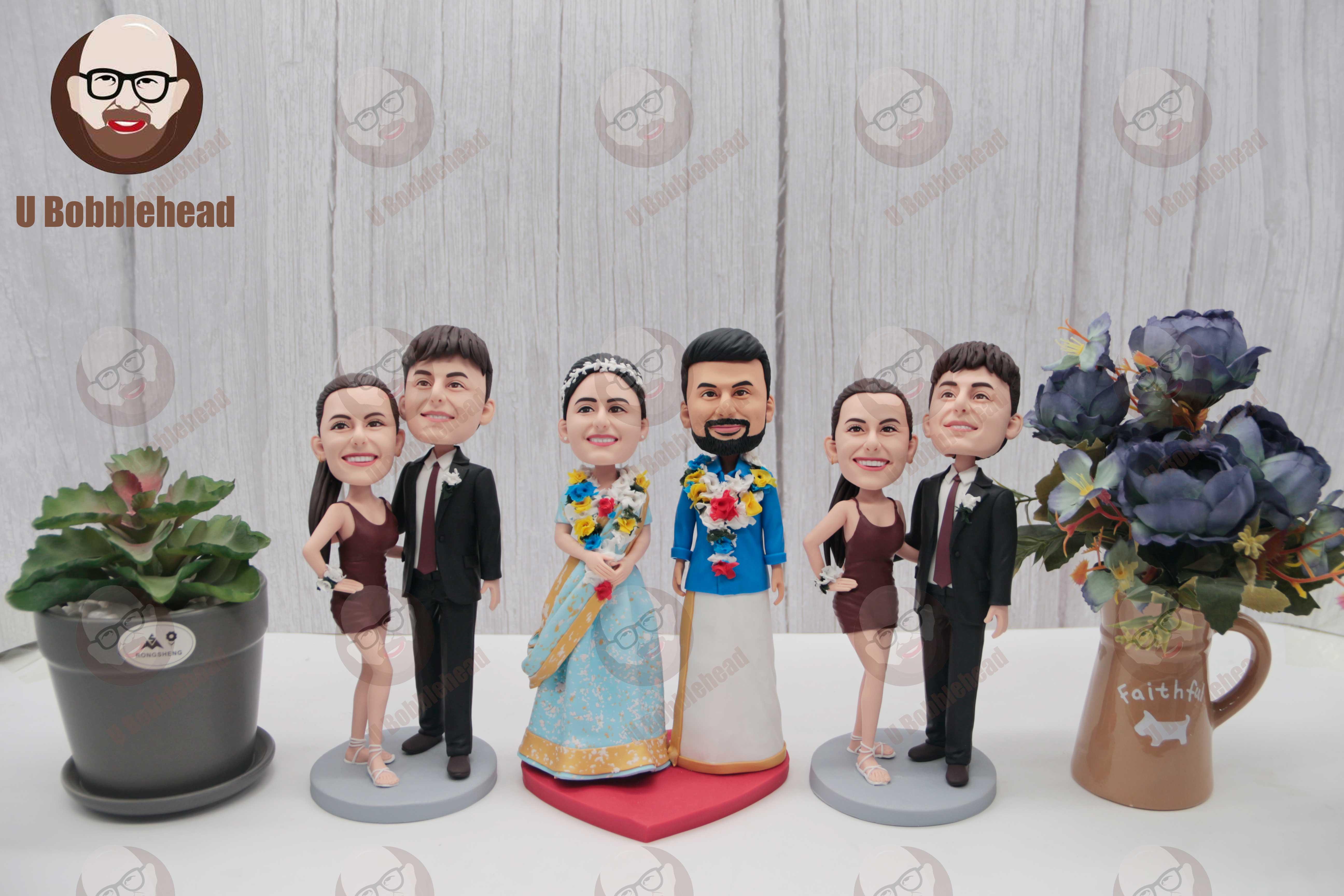 A Nodder, also known as a bobble head doll, custom bobblehead doll, bobble heads, and wobbler is a type of collectible doll. Its head is often oversized compared to its body. Instead of a solid connection, its head is connected to the body by a spring in such a way that a light tap will cause the head to nod, bobble, or wobble. They fall into a category of wacky collectibles that most people never thought would be collectible.

The exact origin of the nodder or bobble head doll is unknown. Early nodders or bobbleheads depicting animals were sold by street vendors as novelty gifts for children. The production of modern day bobble head dolls began in the early 1960s and 1970s. But bobble head collecting did not start until the late 1980s. The quality of these dolls was not very good and many are found today with cracks and chips. Many of the originals were damaged and then destroyed. Not a lot of vintage pre-1970 pieces are available today. So prices soared as more and more collectors entered the hobby. Prices for 1960s and 1970s nodders average from $25.00 to $500.00 on eBay. So they are worth your time to look for at antique stores, flea markets and garage sales.

Nodders can be divided in the following categories - Advertising, Cartoon Characters, TV & Movies, Political Figures, Disney, Kissing pair and Sports - such as Baseball and Football. What are the most popular bobblehead dolls - The Beatles.

Most of custom bobbleheads nodders produced after 1972 were made in Japan and now China. These dolls are not considered collectible by serious collectors but they can be purchased for about $10.00 or less. The value of these dolls will increase with time as a new generation of collectors enter the hobby.

Glyn Farber has published a catalog of all known Hickey Brother Cigar Store Tokens and co-authored a book about Louisiana Trade Tokens. In addition he wrote several articles for The Token and Medal Society (TAMS) and The National Token Collectors Association (NTCA). Glyn has been a devoted collector of Louisiana Trade Tokens, Louisiana collectibles and Lake Charles, LA postcards for almost 40 years.