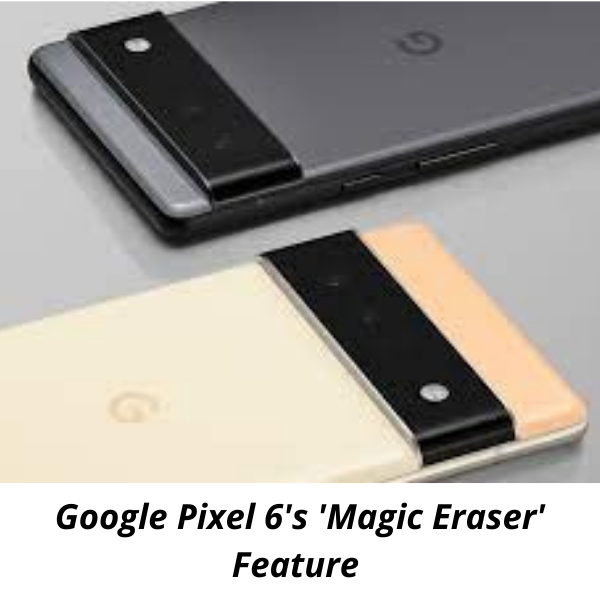 Two months ago Google launched their Pixel 6's smartphone and they introduced their audience with a feature called 'Magic Eraser'. But not everyone can afford to spend their money on this phone. But we have some tricks up our sleeves on how to get the 'Magic Eraser' feature without buying the Pixel 6's. So stick with us to find out this secret that we would like to share with you.

What exactly does 'Magic Eraser' do?

To simplify it for our reader. 'Magic Eraser' features are going to single out (identify) folks and different objects in your picture. After that, you can remove the unwanted things from your pictures by just tapping on them. This feature designed by Google entirely relies on Artificial Intelligence so that this feature can run smoothly and at a fast pace without any glitch. The best part is that every time you are going to use it. It will suggest what object precisely you can remove to make your picture look even better.

This software was specifically designed for the Special version of Google Photo and it is one of the main features that are present; it is only accessible on brand new pixel smartphones. But you shouldn't worry, we have alternative ways for you to get this same feature.

The latest model of Samsung smartphone has a software known as Object Eraser. So if recently you did end up buying the latest model of Samsung smartphone then you are in luck. Because technically it is similar to the 'Magic Eraser'. All you have to do is go to your photo gallery and choose a picture that you would like to edit. There will be a pencil icon just click on it. Now click on the three dots that you can easily find on the top side right corner and now click on the Labs.

Next switch on the Object Eraser. After this search for the Eraser icon in your photo edit tool menu and with the help of this eraser you can remove unwanted objects from your pictures.

If you are an Android and iOS user Touch Retouch App is just for you. Where 'Magic Eraser' and Samsung 'Object Eraser' are free for everyone to use. It won't be the same case with the Touch Retouch app one has to pay $2 to use it. Once you download this app it is pretty much a straightforward app to use. All you have to do is pick a photo that you want to edit. Click on the 'Object Removal' and start drawing over the object that you would like to erase. Once you have drawn over that object and press on the 'Go' button' within a few seconds it will fade away.

If you would like to avoid spending money on any other app. Therefore, Cleanup. pictures website exists just for you. The website won't charge you anything. With the help of this website, you can easily wipe out objects, people, and just about anything that you would like to erase. All you have to do is go on their site and pick the picture that you want to edit and put on their website. There will be a brush tool with the help of this brush just draw on the object or person that you want to remove and everything will be instantly removed. Once you have done editing the photo now you can download the edited version from there.

Final Verdict:- There is no denying the fact that photo objects and people removal software already existed in the past. But it was kind of hard for regular people to get access to edit their pictures and of course you have to pay to use such apps and editing the picture is a task in itself. Where Google Pixel 6's and Samsung made it easier for common users to use it and have easy access to it.

We have a fun factor to share with you if you are thinking about switching to Samsung's latest model and even Pixel 6's. Instead of putting your old phone inside your drawers you can easily sell old phones online and offline and get a good deal on them.

Please log in to like, share and comment!
Sponsored
Categories
Read More
Shopping
Characteristics and applications of diamond blades
The diamond blade comprises a plate and a knife body. The above plate is provided with convex...
By Jack Suu 2022-05-25 08:42:05 0 26
Other
Oncolytic Virus Therapy Market Revenue Analysis & Region and Country Forecast to 2028
The Global Oncolytic Virus Therapy market report contains historical, current, and forecast...
By Mceli Vmin 2022-08-30 10:16:30 0 3
Other
PET Bottle Recycling Market New Opportunities, Emerging Trends And Forecasts To 2030
Market Research Future published a cooked research report on PET Bottle Recycling Market....
By Ram Vasekar 2022-09-08 05:00:48 0 4
Other
GaN Semiconductor Devices Market Growth Opportunity, Developments and Regional Forecast to 2020-2027
GaN Semiconductor Device Global Market   - Overview The power electronics and...
By Minakshi Jagtap 2021-10-13 09:28:31 0 73
Other
18442219833 paypal refund time paypal refund
If your PayPal Refund is pending then there may be several reasons. It may be a network issue,...
By Paynow Moneyasd 2022-01-20 12:45:48 0 51