Why does everyone hate Aquarius? 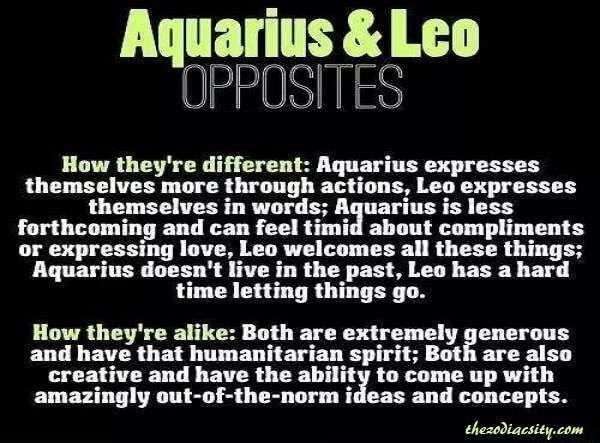 Aquarius He is not for everyone, he does not trust anyone, he is not with anyone and that makes him someone hated. He is rebellious, he does not intend to live up to anyone's expectations and his irritating side makes no exceptions. Having him around is synonymous with debate, he has a foolish side that does not stay silent and can bring you down in a matter of seconds thanks to his intellectual side. Aquarius enjoys solitude and a lot, he needs time to reflect, to decide who deserves a seat in his life. Sorry if his honesty bothers you. Why does Aquarius earn people's hatred by doing nothing?

Ruled by Uranus, that's where its unforeseen side comes from, the way it reveals itself against the rules and how well it knows how to put up emotional barriers to get superficially involved. Aquarius changes his mind because routines make him feel out of place. You need to go out and enjoy the new, everything that awakens your sense of adventure. He is hated because he does not fulfill what the rest want and the truth is that it is not something that will keep you awake.

Aquarius is like that, they like to put indifference first, when they feel that they are getting too involved they simply run away, they look for a way to make it clear that their independence is their priority and that can make dominant people feel out of place. It is their nature, they do not enjoy ties and when someone tries to tell them what to do they put limits without any delicacy and that makes them upset.

Aquarius is the one who does not understand time, obstacles, simply when it occurs to him to do something he launches himself to success even if he feels that fear runs through him the body from head to toe. He is not satisfied with leaving things by halves, he always seeks the maximum in everything. The more adrenaline the better. In everything he is extreme, his emotions soar and there is no one to stop him. That can arouse admiration from some and hatred from others.

Do you want Aquarius to fulfill your wishes? I recommend that you take a seat because it will be a very long process, which will hardly be successful. It is the sign that honors rebellion, breaking the rules is its passion. Just tell Aquarius not to do something and he will show you how brave he is. He does not go with the flow, he is a leader and even if he has no one on his side, he does not care , because it continues to shine with the same intensity and that makes the envy of others become present.

Why does Aquarius earn people's hatred by doing nothing? Because Aquarius does not always see the glass as half full, on the contrary, he feels that he is about to spill the last drop. They say they have a pessimistic side but they call it realistic and they cannot get lost in the idea that everything is rosy. Their intentions are good, but when their spirit is present they can throw everything away. It is not that he does not care about your ideas, it is just that he has taken as a strategy to think the worst so that it hurts less.

Aquarius are never too keen on anything that is more of a “slow-goer” than themselves. They’re always on the go, always getting at their goals and dreams, and they’re never afraid to stand up for what they believe in – even if it means they have to fight against the odds. This frequently causes issues in their relationship.

When you don’t respond to specific sentiments expressed by your loved ones, they may become offended and cease sharing their feelings. This causes a rift in the relationship and turns you against that individual. But you are not doing it intentionally. This happens because of our zodiac traits often.

Aquarius is the most nonconforming of the zodiac signs and is frequently linked with aloofness and detached behavior. While Aquarian independence may be a valuable advantage, understanding them requires a highly matured sun sign.