What is scorpio spirit animal? 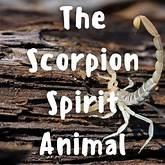 Here’s everything you need to know about the Scorpio spirit animal and its meaning in astrology!

What does the Scorpio symbol represent?

The Scorpio zodiac sign is one of the few zodiac signs represented by an animal.

The venomous animal represents the vengeful nature of this zodiac sign perfectly. However, it also embodies all the characteristics that make this zodiac sign so powerful. Despite its small size, the Scorpion is scared of no one. Such is its power that it can tackle all predators no matter how big the challenge. Same as the people born under this zodiac sign.

The tenacity and ferocious nature of the zodiac sign are represented perfectly by this animal. It also shows the take no shit attitude of others. The personality of fear of this sign is such that people think twice before crossing their path.

What is a Scorpio’s spirit animal?

The scorpion is the symbol of this zodiac sign. However, there are many animals, real and mythical that can represent a Scorpio’s spirit. Here we talk about some of them.

Scorpio’s spirit is often compared to that of a Phoenix. It represents the reality that they hide behind a shroud of mystery. On the outside, the Scorpios pretend to be as hard as a rock. While on the inside, they are sensitive and soft which makes them so vulnerable to being slighted.

The spirit animal of the more matured Scorpios is considered to be the Serpent. The charming and manipulative Scorpio who is aware of the effect they have on people around comes in this category. Much like the serpent, their need for revenge makes them venomous. And it is advised to stay clear of their path.

The Eagle is another spirit animal of people born under this zodiac sign. The determined and ambitious Scorpion often see the Eagle as their spirit animal. The eagle also stands for their upstanding and loyal character. Most Scorpios relate to this spirit animal.

A Scorpion for a symbol seems like an odd choice. Especially since the animal has always been seen in a bad light. Something to be feared and thus, unwanted. But it stands for so much more than just that in the zodiac sign is represented. How did this symbolism come about? A lot of answers for the characters associated with this zodiac sign come from Greek Mythology.

One of the myths involves Orion and Apollo’s jealousy of him. The son of Poseidon and Euryale, Orion was known to be the most handsome man to have been born. Jealous of Orion’s beauty, Apollo colluded with Mother Earth, Gaya, with the latter creating a giant Scorpion to kill Orion. When the Scorpion stung and killed Orion, both he and the Scorpion were immortalized on the stars by Zeus.

In another version of the myth, it was Orion’s high headedness that brought the Scorpion into the picture. Orion boasted to Artemis and her mother Leto that he will kill all animals on earth. To prevent him from fulfilling his evil plan, they sent a giant Scorpion to kill him. On becoming aware of the fight, Zeus rose both the combatants to the sky where the two were immortalized as a reminder to every mortal to curb their excessive pride.

The significance of both myths. While in the first myth, the Scorpion serves as a conduit of someone’s revenge rising from jealousy. In the second, the Scorpion is a savior against someone else’s worse instincts. Both show the good and evil that is the Scorpio zodiac sign. And therefore, the duality of the people born under this sign. Capable of both protecting and destroying people. It won’t be wrong to say that Scorpios don’t believe in maintaining a balance. They live on the extremes. However, it is their need to seek a balance that makes them seek love.

All signs of the zodiac are divided according to 4 elemental groups. These are fire, water, earth and air.

Scorpio falls in the water sign category along with Cancer and Pisces. Not only do the symbols of these zodiac signs come from aquatic animals, but their personality also matches the element to a great extent. As far as the Scorpios are concerned their emotional depth matches the depth of Mariana trench. The phrase “still water runs deep” beautifully describes the emotional Scorpio.

The perfectly calm exterior of a Scorpio represents the calmness of still water. But still-water, when not disturbed for a long time, grows stagnant and murky. Just as the calm exterior of a Scorpio hides the darkness that lies underneath the surface. It is this mystery that forms a big part of the Scorpio’s charm. Once you look into their eyes, you just get sucked into the depth that they hide. Many drown in them and never recover from it. few get scared and never dare look at it the same way.

Much like water, the calmness is only temporary with the Scorpios. Now and then there is a disturbance in the pool of their emotions. This manifests itself as cyclones that become destructive Tsunamis. Many who come in the path of this tsunami are destroyed forever. The fluidity of water makes it difficult for Scorpios to understand boundaries. Not only do they find it difficult to establish boundaries, but they also don’t respect those set by others either. This often leads to instability in their relations with their loved ones. Leading to hurt and a desire to seek revenge.