Protecting Interest Of The Party In Divorce Proceedings 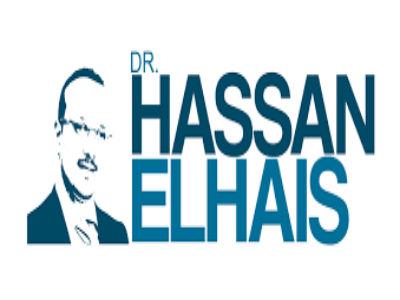 Protecting Interest Of The Party In Divorce Proceedings

Marriages consummated in the UAE are governed by Sharia law. If both husband and wife are Muslims and residents of the UAE, then Sharia law is applied automatically in case of divorce. Similarly, Sharia law is applied even if the husband is Muslim and wife is non-Muslim. However, a special provision is formulated for Non-Muslim expatriate residents in UAE where they are seeking divorce. Divorce lawyers in Dubai advices Non-Muslim expatriate residents to seek divorce under Article 1 of the Federal Law Number 28 of 2005 for Personal Affairs which states: "The provisions of this Law shall apply on citizen of the United Arab Emirates State unless non-Muslims among them have special provisions applicable to their community or confession." As per the interpretation of this Law Non-Expatriate residents have equal rights to have choice of law to be applied for their divorce proceedings. If either of the part to the dispute do not choose the law governing the divorce, then court holds discretion to apply UAE law.

Furthermore, the crux of the divorce matter is to protect interest of each party. According to Family law Dubai interest of wife is entitled for Alimony and maintenance as per Federal Law Number 63 of 2005 concerning the personal status law which specifically states as follows:

III. In order to adjourn alimonies of all kinds, fostering and dwelling charges and all conditions on which adjudging depends it shall be sufficing by an eye witness.

Additionally, family lawyers in Dubai protects the interest of each parties by providing accurate advice such as giving a client insight about Article 64 where the alimony demanded by wife can be increased or reduced as per the change of circumstances. The increase or decrease of alimony is assessed from the date of filing of claim in the court. Divorce Advocates in Dubai advices that the heirs of the husband can protect their interest after the death of the husband since the widow is not entitled for alimony after the death of the husband if he died during the waiting period. Furthermore, if the husband is insolvent or bankrupt and cannot afford to pay maintenance then the burden of proof is on him to prove his bankruptcy. Bankruptcy is declared by either creditors or the competent civil courts of the UAE as per Article 645 of the Federal Law No.18 of 1993 of Commercial Transaction Law.

According to Article 156 of the Personal Status Law women’s interest for child custody is protected as boy is in custody of mother till the age of 11 and girl’s custody till she turns 13. The father being legal guardian can claim the custody of the male child once he reaches the age of 11 and the female child when she reached the age of 13. As per the above mentioned law, mother can claim for the extension of the custody period. Ultimately, it will be judge who will keep the best interests of the child in mind and decide the case.