The strongest core A15 exposed in advance 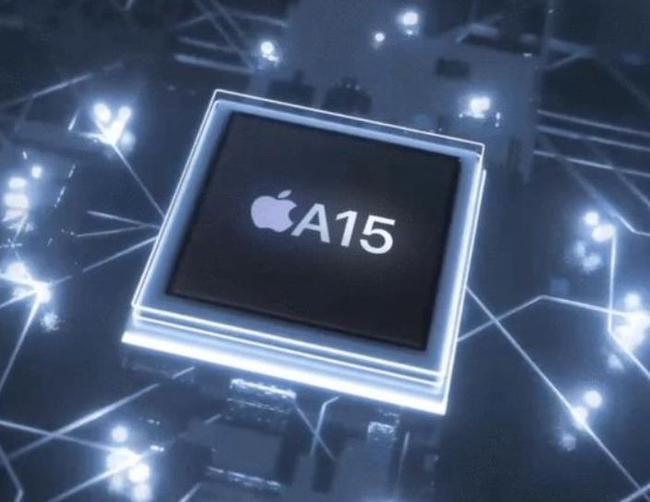 Under the same process technology, the theoretical performance of Apple's A-series chips, friends have to be convinced. What makes Apple’s A-series chips so powerful? In fact, this is related to Apple's years of researching chips.

Starting with the A4 chip, Apple has embarked on the path of self-developed chips. Strictly speaking, A4 cannot be regarded as Apple's real self-developed chip, because the research and development ideas of this chip refer to Samsung S5PC110.

The subsequent A8, A9, and A9 further improved the number of cores and process technology, and the performance of CPU and GPU has been enhanced year by year, as follows:

As for the A15 Bionic, a source recently revealed that in the new generation of iPhone prototypes, the A15 bionic running score has achieved good results. Among them, in the GFXBench Manhattan 3.1 scene, the A15 bionic running score was 198 FPS. Regrettably, in the second round of testing of the A15 Bionic, the GPU may be reduced due to overheating of the fuselage, and the final result was only 140~150 FPS.

In terms of CPU, in GeekBench's running points, the A15 bionic single-core score was 1724 points, and the multi-core score was 4320 points. Compared with the A14 bionic, the A15 bionic single-core performance is only increased by 7%, and the multi-core performance is only increased by 1%. In other words, the CPU performance gap between the A15 Bionic and A14 Bionic is not big, or even basically negligible.

From the A4~A14 bionics (because the A15 bionics is in the exposure stage, it is not counted), we can find a very obvious law, every time the performance of Apple A-series chips ushered in a significant upgrade, basically, Apple began to adopt Self-developed chip architecture, CPU core, GPU core, and when adding some new things (M7 assist processor, 64-bit, single-core to dual-core, or even multi-core). Of course, this also includes more advanced chip manufacturing processes, resulting in lower power consumption and better performance release.

Apple's A-series chip performance improvement is about to peak?

Is this really the case? In fact, it is not. Take the Apple M1 chip as an example. It is very similar in chip architecture to the A14 Bionic, and they both use TSMC's 5nm process technology.

From the analysis of the two chips released by the semiconductor company Techlnsights, it can be seen that the M1 chip has 4 performance cores and 4 energy efficiency cores, and the CPU has a total of 8 cores. In comparison, the A14 Bionic has two fewer cores, and the total number of CPU cores is 6, including two performance cores and 4 energy efficiency cores.

The overall performance improvement of the A14 bionic has not widened too much from the previous generation, which may be because Apple has deliberately adjusted the performance of the A14 bionic to be conservative in consideration of the power consumption and battery life of the mobile phone. This is like A12Z. Apple unlocks a GPU core of A12X, which can increase GPU performance by 7%.

Or maybe A12 and A12X, both of which are TSMC’s 7nm process, the latter has much higher performance than A12. In other words, process technology only occupies a small part of the chip performance improvement. If the chip is to obtain stronger performance, it depends on the number of cores, functional modules and other hardware parameters.

Apple A-series chips can only have the strongest theoretical performance?

To be honest, although the performance of Apple's A-series chips is very strong, the actual performance is not satisfactory. Friends who have watched iPhone dismantling videos of past generations should know that Apple never dissipates the internal components of the phone.

Even for the iPhone 12 series, you can't see any cooling measures on the phone. According to the iPhone 12 dismantling report released by iFixit, we can see that the iPhone 12 continues Apple’s usual neat arrangement style, but you can’t see the materials related to heat dissipation. All components are "naked on the battlefield." It is Apple's confidence in the power consumption control of its own chips.

We all know that with the improvement of chip performance, power consumption and heat generation will also increase. If the chip is overheated, it will cause the CPU frequency to be reduced, which will cause the phone screen to freeze and drop frames. Whether it is Qualcomm Snapdragon series or Apple A-series chips, they cannot completely avoid the problem of chip overheating.

However, due to the internal heat dissipation of Android phones, the release of chip performance is better than that of Apple's iPhone. This also means that even if the performance of the Apple A series is strong, the chip cannot reach its best state without any heat dissipation measures inside the phone. At the same time, Apple's A-series chips that cannot run at full blood may have a bad impact on the product experience of users, especially when playing games.

Although the A15 bionic chip uses the 5nm+ process, Apple can still further squeeze the performance of the chip. Perhaps the upgrade of the process has given Apple more room for chip performance improvement, or it may be that Apple's tuning of chip performance is conservative.

However, in the future, the performance of Apple's A-series chips may not be able to improve as much as before. After all, Apple's self-developed chip technology is quite mature. To put it simply, although Apple can increase the number of cores and more functional modules in exchange for stronger chip performance, doing so will break the balance of the phone and will definitely sacrifice the battery life of the phone, unless Apple thinks of a better one. solution.