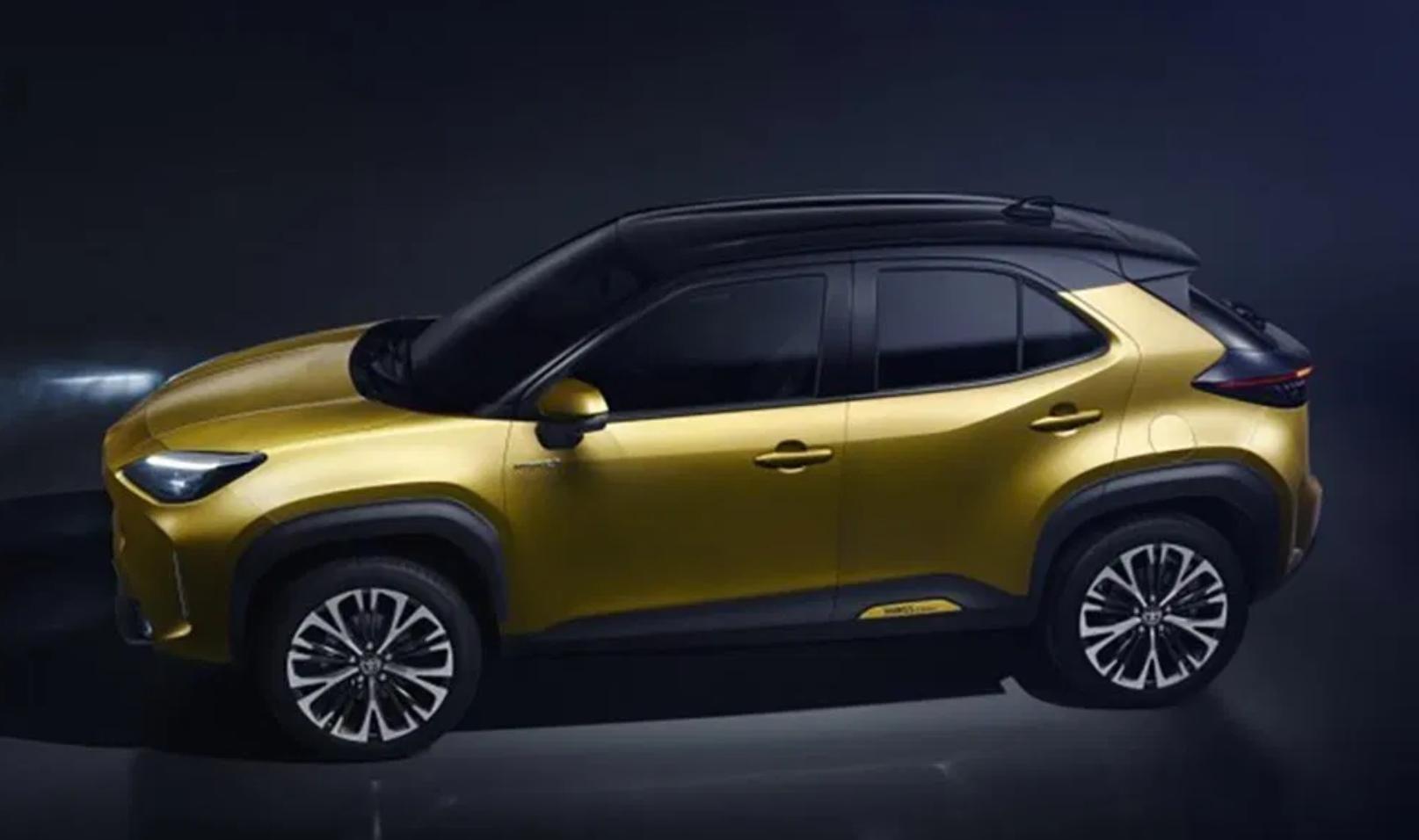 Consumers are asking for compact crossovers capable of combining the dimensions suitable for city driving with an off-road style, and the manufacturers are happy to satisfy them.

Based on the same platform used for the latest generation of the Yaris, the new Toyota Yaris Cross proves to be a decidedly city-appropriate crossover SUV. The merit is the particularly small size of the car body. The length measures 4 meters and 18 cm, while the width and height respectively reach 177 cm and 168 cm. The 256 cm wheelbase is identical to that of the Yaris.

Despite the close relationship with the Yaris, the style centre of the Japanese company has created a specific look for the Toyota Yaris Cross. The lines used for the car body are particularly squared starting from the front where a very high nose stands out adorned with thin and sharp headlights that integrate well with the various ribs on the bonnet. The side view further appreciates the design made muscular by the well-highlighted wheel arches, while in the rear one, the realization of the headlights that seem to project out of the rear of the car is surprising.

Compared to the exterior, the interior of the Toyota Yaris Cross appears to be much more traditional and the merit is all of the clean and fluid lines on the dashboard. At the centre of the same is the cantilever monitor dedicated to the infotainment system, while the greater height compared to the Yaris is to the advantage of passengers who can enjoy a decidedly airy interior. Unfortunately, we note the lack of the sliding rear sofa which would have guaranteed even greater roominess for the occupants. The Toyota Yaris Cross will be equipped with two engines: a petrol and a hybrid. In both cases, the starting point will be the 1.5 equipped with a CVT gearbox and available both with two and four-wheel drive, but in the electrified version the traction on the four wheels will be guaranteed not by a transmission shaft but by the presence of an electric motor. positioned on the rear axle.

The Toyota opened orders for the Yaris Cross. The new Japanese B-class SUV, of which the price list has not yet been released, will be delivered starting from September.

Please log in to like, share and comment!
Sponsored
Categories
Read More
Other
Packaging Machinery Market Share, Comprehensive Analysis, Opportunity Assessment, Future Estimations and Key Industry Segments Poised for Strong Growth in Future 2027
Overview The global packaging machinery market is projected to grow at a CAGR of 6%...
By Shubham Gurav 2021-10-11 06:54:54 0 11
Other
Detailed note on car loan in London
We understand some prospects may possibly are actually refused motor vehicle finance prior to now...
By Emma Fiore 2021-01-23 03:36:28 0 104
Other
Wallets Market : Global Opportunity Analysis and Industry Forecast, 2021-2027
Global Wallets Market 2021 by Manufacturers, Regions, Type and Application, Forecast to 2026...
By Vicky Gavhale 2021-08-02 07:23:57 0 27
Other
MCA Guidelines for Accounting and Auditing for Private Limited Companies in Indiranagar
In Pvt Ltd Company Registration in Indiranagar as you see that you have registered and running...
By Vignesh KKK 2021-06-19 05:51:08 0 57
Other
Chopard L.U.C LOUIS ULYSSE - THE TRIBUTE replica Watch
Not only Switzerland has a famous high-end hublot spirit of big bang rainbow all over the world,...
By Hebe Chou 2020-06-15 02:48:12 0 172