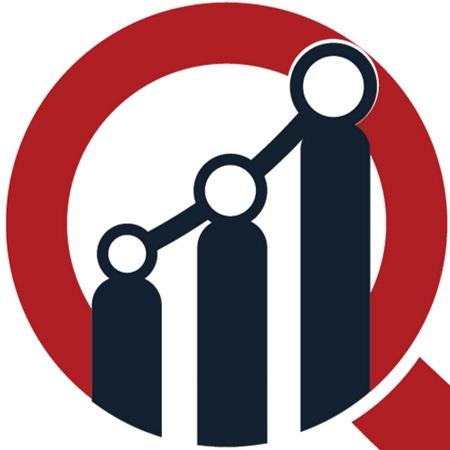 The global aircraft leasing market is a very dynamic and is expected to witness significant growth over the forecast period. The major factors supporting the growth of the global aircraft leasing market are dominance of Irish and Chinese companies, air passenger traffic growth, rising demand for wet leasing and others. However, the major trend in the global market is shifting of global lessors into the emerging regions such as Asia Pacific. On the other hand, the complicated and unclear leasing regulations and taxation policies and asset recovery risk associated with airline bankruptcy are major hindrances to the global market growth.

The Aircraft Leasing Industry is one of the most recognized industries in Ireland over the past four decades. In the recent years, the leasing activities on aircraft have increased from 2% in 1980 to more than 50% in 2016. This has shown that there is complete dominance of Irish leasing company over the global market. Ireland has established itself as a global hub for aircraft leasing with more than 50% of the total market and 14 out of 15 global lessors operate from Ireland. After 9/11 attacks, the aircraft leasing activities have substantially increased from 25% in 2001 to 40% in 2014. This is majorly due to the various leasing companies gaining momentum to establish themselves in the aircraft market, rather than depending on the commercial banks as a main source of aircraft financing. The other major reason for this growth is the number of aviation related courses conducted in Ireland, including MSc in Aviation Finance in UCD Smurfit School. These give people a good exposure to aviation finance. Additionally, the aviation sector has contributed more than USD 4.80 billion, which is also a major growing factor of Ireland aircraft leasing industry. China also has primary role in the growth of global aircraft leasing market. After Ireland, China is considered a major market for aircraft leasing. Over the last few years, the global lessor have shown more interest in China market and have commenced their operations in here.

In addition, the global air passenger traffic has been growing at a rapid pace, propelled by the increasing demand for air travel from emerging nations in Asia Pacific, Middle East and South America. Over the next 20 years, global air passenger traffic has been forecast to grow by 4.9%. According to global airline trade body IATA (International Air Transport Association), higher traffic from Asia Pacific regions is expected to double air travel demand over the next 15 years. However, this has shown a promising picture for the leasing companies, as it has been projected that the aircraft leasing companies will increase their penetration of commercial aircraft market by 20%, of the flying fleet.

Asia Pacific is always been a very prominent market for aviation industry as APAC region contributes to the world’s largest region by population and consume the largest percentage of air traffic. The presence of the busiest airports such as Beijing, Dubai, Singapore, New Delhi and others have attracted the prominent leasing companies to APAC region for future investments. As per IATA, ACI, air traffic in Asia is expected to grow at 6%; expected to increase in future. There will be need for aircraft financing, leasing and investments so as to meet the growing demand. Among these types, aircraft leasing has gained prominent place and is growing at a substantial rate. Additionally, around 35% of the total aircraft are financed on lease. This kind of upsurge in aircraft demand and dependence on lease financing has presented an attractive opportunity for many aircraft lessors to consider using the aerospace and leasing hubs in Asia Pacific. Moreover, the growing economic condition and collapse in crude oil prices have also become a major trend that has persuaded the lessors.

The global aircraft leasing market is characterized by the presence of many global, regional, and local vendors. The market is highly competitive with all the players competing to gain the maximum market share. Intense competition, rapid advances in technology, frequent changes in government policies, and environmental regulations are key factors that confront the market growth. In addition, in-house manufacturing capabilities, global footprint network, product offerings, R&D investments, and a strong client base have become the key areas to have the edge over the competitors.

The vendors compete based on cost, product quality, reliability, and aftermarket service. It is crucial for the vendors to provide advanced and high-quality aircraft so as to survive and succeed in an intensely competitive market environment.

August, 2017: - Air Lease Corporation announced to have a long-term lease agreement with Aero Mexico for one additional new Boeing 787-9 aircraft with General Electric engines. This aircraft is expected to deliver in June 2018. The reason behind this agreement is that to develop the modern fleet to support companies expanding global operations and their alliance with Delta and other Airlines.

July, 2017 -   BOC Aviation announced the opening of a new office in New York City, after Dublin, London and Tianjin. The reason behind this expansion is that the company is expanding and building its presence in North America region.

June, 2017: - AerCap Holdings and the Italian carrier Neos announced the signing of a lease agreement with for two Boeing 737 MAX aircraft. Neos will become the country's first 737 MAX operator when it takes delivery of the airplane in 2019.

May, 2017: - Aviation Capital Group announced that it signed a long-term lease agreements with EL AL Israel Airlines. Under this agreement the company will lease for two new B787-9s aircraft from ACG’s order book commitment with Boeing and two new B787-8s on a sale and lease-back agreement. The first aircraft is expected to deliver in February 2018.

For the convenience of the report and enhanced understanding, the aircraft leasing market is segmented based on:

At Market Research Future (MRFR), we enable our customers to unravel the complexity of various industries through our Cooked Research Report (CRR), Half-Cooked Research Reports (HCRR), Raw Research Reports (3R), Continuous-Feed Research (CFR), and Market Research Consulting Services. MRFR team have supreme objective to provide the optimum quality market research and intelligence services to our clients. Our market research studies by Components, Application, Logistics and market players for global, regional, and country level market segments, enable our clients to see more, know more, and do more, which help to answer all their most important questions.