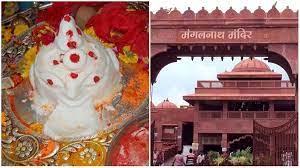 Mangal Dosh Puja in Ujjain Mangal dosha is mainly considered at the time of marriage. Due to Mangal being a cruel planet, Mangal Dosh is formed in the birth chart. It is very important to consider the Mangal at the time of marriage. Due to Mangal dosha in the birth chart, there is a problem of mental stress, conflicts in the family, fights, debts, blood-related diseases, the stress in married life, health-related disorders, court cases, etc. Mangal Dosh Puja in Ujjain  Through the Kundli (horoscope), you can know about the Mangal dosha of the Janma Patrika. If Mangal is in the lagna (1st), fourth, seventh, eighth, twelfth house in any birth chart, Mangal Dosha or birth chart is considered to be Manglik. Many times the mangal dosha gets eliminated due to the position of other planets, take free astrology consultation from us to know the mangal dosha in your horoscope.