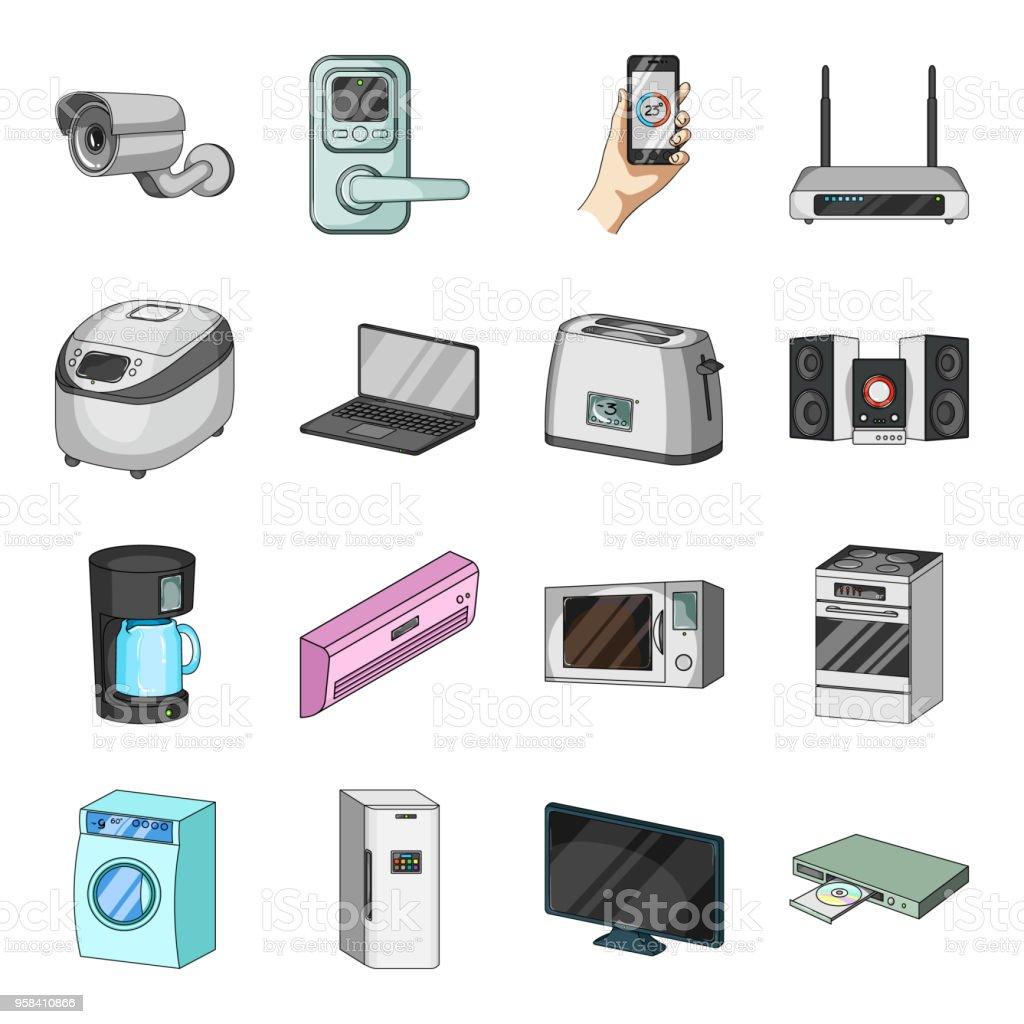 The global smart home appliances market size was valued at USD 26.01 billion in 2020 to USD 79.47 billion by 2027, at a CAGR of 17.3% from 2021 to 2027. The Internet of Things has been growing day by day across smart home applications. It is expected to become more customizable to give more control to the users and enhance the appliance of the operating functions. As per a 2019 survey of the National Kitchen & Bath Association, 83% of consumers in North America are demanding smart devices. Useful notifications, energy-efficient appliances, Wi-Fi-enabled features, smart home kitchen-based appliances are upgraded with added functionality. For example, smart microwaves can now scan barcodes on food items and download cooking instructions with seamless integration, with AI voice assistants, for a completely hands-free experience. This, in turn, has led the voice assistant providers to go one step further by including Cooking APIs on their platforms. This ensures control over selected appliances by giving voice functionality to critical functions, such as specifying temperature to the cook and cooking food until it reaches a given internal temperature.

Major appliance manufacturers started reaching out to voice assistant providers for a collaborative development environment. For instance, in late 2018, Electrolux expanded its collaboration with Google to integrate its connected kitchen products with Google Assistant. With the launch of the same in early 2019, the market penetration of voice assistants was already high. This benefited the consumers, as they were demanding added functionalities with the technology. Similar lifestyle changes have been aided by technology. Appliances are being designed to have the functionality to make them easy to use. This is one of the signs that drivers the adoption and development of smart and connectable appliances. Increased interest in cooking over the years has been contributing toward the growing adoption. Xiaomi launched its MIJIA range, a high-end washer and dryer featuring a quieter, more stable user experience. The company has worked to make its smart range compatible with its XiaoAI smart voice assistant.

The growing consumer propensity toward the adoption and usage of connected devices is augmenting the demand for the market studied. KB Home, a home builder company in the United States, released data indicating a 44% increase in smart appliance selection by its clients. Also, the app-enabled appliances from companies such as Whirlpool and Moen have been among the top-selling brands on its list. Whereas the existing penetration of smart devices in an average household is increasing, allied appliances' awareness and purchase intention is also growing. As per alarms.org, 70% of consumers who already have one smart home appliance plan to purchase another one. Moreover, 81% of surveyed people who currently use such appliances suggested that they would prefer to buy a house with some smart gadgets already installed.

For instance, in January 2020, Homebase LLC entered a partnership with LG Electronics USA to create a smart apartment program. The former being a smart building automation company for multifamily properties led to the integration of LG smart appliances with Homebase's smart apartment building management software. Then, an early 2019 survey by Pew Research Center suggested that adults under the age of 50 are more likely than those 50+ to say they have a smart speaker in their household. While around one-third or 34% of Americans living in households earning USD 75,000 or more a year say they have a smart speaker, the share drops to 15% among those whose annual family income falls below USD 30,000. A similar trend concerning smart appliances is expected as these white goods replacement rates and costs are much more than a mere smart speaker.

You Can Purchase Complete Report: https://www.marketstatsville.com/buy-now/smart-home-appliances-market?opt=2950

Smart home appliances have been witnessed to be used as part of a botnet to send out spam emails and run distributed denial of service (DDoS) attacks. These appliances have personal credentials of private accounts, ranging from Google Calendar to Wi-Fi password. As appliance manufacturer companies add more smart features, making offerings secure has been a significant challenge. LG had a vulnerability that allowed hackers to access devices using fake accounts, a refrigerator to send out spam emails. Similarly, a smart fridge from Samsung led Gmail credentials open to attack. With attacks like the Mirai botnet, hackers have demonstrated the intensity of an IoT-powered internet attack. Considering such past experiences and technological challenges, the overall adoption of smart appliances has been low.

Furthermore, the cost of a smart appliance is more than a non-connected one; multiple associations and user surveys have indicated a mismatch between the price and longevity of appliances. For instance, as per a March 2020 survey conducted by Which? (Consumers' Association), 69% of respondents expect a "smart" appliance to last as long as a non-connected equivalent. With household dishwashers and washing machines typically staying for ten years and fridge-freezers and tumble driers at 11 years old before needing to be replaced, the smarter equivalents price gap is increasing.

The study categorizes the smart home appliances market based on product type, technology, distribution, and regions.

Wi-Fi, by technology, is estimated to be the fastest-growing segment during the forecast period

Based on the technology, the global smart home appliances market has been segmented into Wi-Fi, Bluetooth, Near Field Communication, and Others. Wi-Fi is the fastest-growing segment with a CAGR of 24% during the forecast period, 2021-2027.

Wi-Fi is a popular wireless networking technology that uses radio waves to provide wireless high-speed Internet and network connections. This technology is used as one of the major wireless technologies in smart lighting infrastructure. The penetration of Wi-Fi in residential, commercial, and industrial sectors as a wireless LAN connection pushes the demand for Wi-Fi-enabled smart lighting. The pre-existing Wi-Fi-equipped infrastructure tends to use Wi-Fi connectivity for smart lights. Further, the penetration of IoT-based technologies in developing economies is lucrative to create opportunities for the future market.

Asia Pacific accounts for the highest CAGR during the forecast period

Factors such as rising disposable income, dual-income households, and lifestyle changes have enabled household customers in China to buy AI-based smart home appliances, like smart refrigerators, robotic cleaning products, etc. China is one of the largest markets for home appliances products, which is also making it an attractive region for smart home appliances. The Chinese household appliance sector has grown into a multi-billion dollar industry. Per capita expenditure of private households on advanced household appliances and consumer electronics in China has skyrocketed in the last decade. According to the Organization for Economic Cooperation and Development (OECD) models, India and China may witness a seven-fold increase in income per capita by 2060.

Please log in to like, share and comment!
Sponsored
Categories
Read More
Other
Sensor Patch Industry Insights, Current and Future Trends with Key Players
Global Sensor Patch Industry was valued at US$ 79.98 million in 2018 and is expected to reach US$...
By Riya Mishh 2021-11-27 10:35:28 0 66
Other
Stainless Steel Sink Market Revenue, Trends, Growth Factors, Region and Country Analysis & Forecast To 2027
Reports and Data has recently published a research report on global Stainless Steel Sink Market...
By Anuj Kharde 2022-12-20 09:54:33 0 10
Health
Global Bioceramics Market Size, Overview, Key Players and Forecast 2028
Global Bioceramics Market is anticipated to reach a value of over USD xx billion by 2028 and...
By Shraddha Surkute 2022-12-14 07:14:14 0 4
Food
Compound Feed Market High Growth Forecast due to Rising Demand and Future Trends
Market Overview The compound feed market was estimated at USD 458.1 billion during the historic...
By Rubecca Anderson 2022-05-09 10:03:56 0 40
Health
Tea Burn -Ready To Trim Your Extra Fat With Keto?
Tea Burn :- Right when you get into it, you will see that you are eating little carbs that make...
By BerlopJohnis BerlopJohnis 2022-05-27 06:23:45 0 37