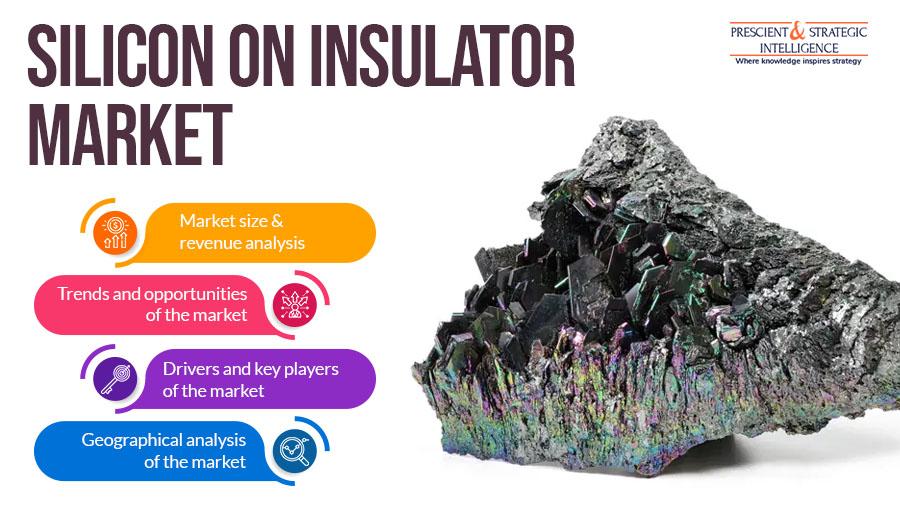 A number of factors such as the burgeoning demand for silicon on insulator (SOI) wafers in the consumer electronics sector and surging investments being made in the SOI ecosystem are expected to drive the silicon on insulator market at a CAGR of 22.7% during the forecast period (2019–2024). The market revenue stood at $684.8 million in 2018 and it is projected to reach a value of $2,285.5 million by 2024. As the SOI technology enables faster production of computer chips with low-frequency noise, in comparison to the traditional silicon technology, it is being deployed in the consumer electronics industry at a rapid pace.

SOIs find wide application in consumer electronics such as tablets, notebooks, smartphones, and digital cameras. Due to the surging demand for smartphones equipped with advanced multimedia features, 3G/4G long term evolution (LTE) multimode connectivity, and location awareness capabilities, the silicon on insulator market will advance at an exorbitant rate in the coming years. The highest demand for these electronics is observed in the Asia-Pacific (APAC) and Latin America (LATAM) regions. Moreover, the increasing penetration of the internet and rising digitalization will fuel the demand for smartphones across the world.

The surging practice of miniaturization of devices and declining prices of manufacturing chipsets have become a prominent trend in the market. The culture of miniaturization of devices is gaining momentum due to the burgeoning demand for smaller assemblies in specific applications and the rising need for curtailing material costs through smaller parts that function like the larger components. Miniaturization has led to the development of smaller devices that are deployed in consumer electronics and automotive applications such as infotainment systems, collision detections, and navigation control.

Currently, the major players of the silicon on insulator market are taking strategic measures, such as product launches, facility expansions, partnerships, geographical expansions, client wins, and mergers and acquisitions, to gain a competitive edge in the market. For example, in January 2019, Soitec SA extended its collaboration with Samsung Foundry to increase the volume supply of FD-SOIs. With the new agreement, these companies extended their partnership and secured a high-volume supply of FD-SOI wafers to cater to the surging demand for SOI wafers in consumer, automotive, and internet of things (IoT) applications.