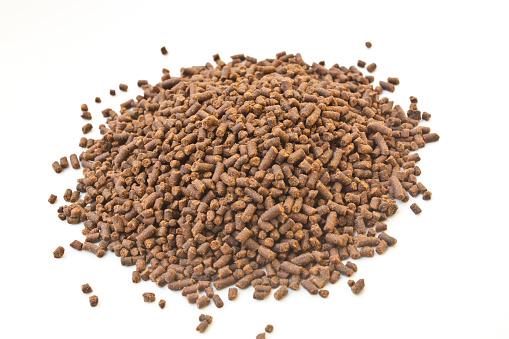 Rising demand for healthy and nutritional animal feed is driving the market for fishmeal. Market Research Future, a firm which specializes in market reports related to the Food, Beverages & Nutrition sector among others, recently forecasted in its report on ‘Global Fishmeal Market Research Report- Forecast to 2022’ that the market will demonstrate an exceptional CAGR during the forecast period.

Fish meal in European countries was used mainly as a fertilizer until 1910, but since then its high nutritional value has been far better utilized in animal feed. In developed economies in European region, the demand for fish meal is greater than the demand for fish for direct human consumption which is driving the growth in imports of fish meal to European countries. Majority of fishmeal produced in U.K. contains low fat to avoid any risk of taint. Extremely low fat content fishmeal are sometimes made for certain specialized purposes which includes antibiotics for pharmaceutical industry.

April 2018 From last two months around 300,000 kilo tons of fishmeal has been traded between Peruvian producers and other countries due to increasing demand from Asia Pacific region.

April 2018 The higher than anticipated share for the first anchovy fishing season in the north-center of Peruvian waters, announced on late afternoon on Friday by the Peruvian production ministry, is expected to give Peruvian fishmeal processors a chance to reverse recent losses.

March 2018 Fishmeal along with fish oil prices are continuously increasing due to a shortage of raw material from Peru and Chile.

March 2018 Igemar and Corpesca which are subsidiaries of Chilean industry holding Copec, reported a fall in sales during 2016- 2017 due to the decreasing prices of fishmeal and fish oil.

The market competitors are focusing to explore the untouched market to improve the export of fishmeal. The companies are targeting emerging markets to expand their geographical reach and investing significantly in logistics.

The global Fishmeal industry segment by source, livestock, and region.

On The Basis of Source: Salmon, Trout, Carps, Crustaceans, Tilapias, and Others

On The Basis of Livestock: Poultry, Swine, Ruminants, Aquatic, and Others

On The Basis of Region: North America, Europe, Asia Pacific, and ROW.

The global fishmeal market is segmented into Asia Pacific, Europe, North America, and rest of the world (RoW). The Asia Pacific region holds major market share in the fishmeal market followed by North America. Rising health awareness towards livestock and growing consumption of compound feed made from fishmeal have surged the demand for fishmeal. Also, increased demand for nutritional and high quality animal feed is driving the market of fishmeal in the Asia Pacific region.

In European region, the U.K will continue to dominate the fishmeal market. Increased demand for animal feed in the European region is likely to boost the fishmeal market over the forecast period. Moreover, the key players are actively involved in the research & development to enhance the efficiency of animal feed. The market seems to be concerned in Asia pacific region about the future production of fishmeal along with fish oil. Some key players in Peru have stopped pre-sales because of the uncertain predictions of raw material supply.